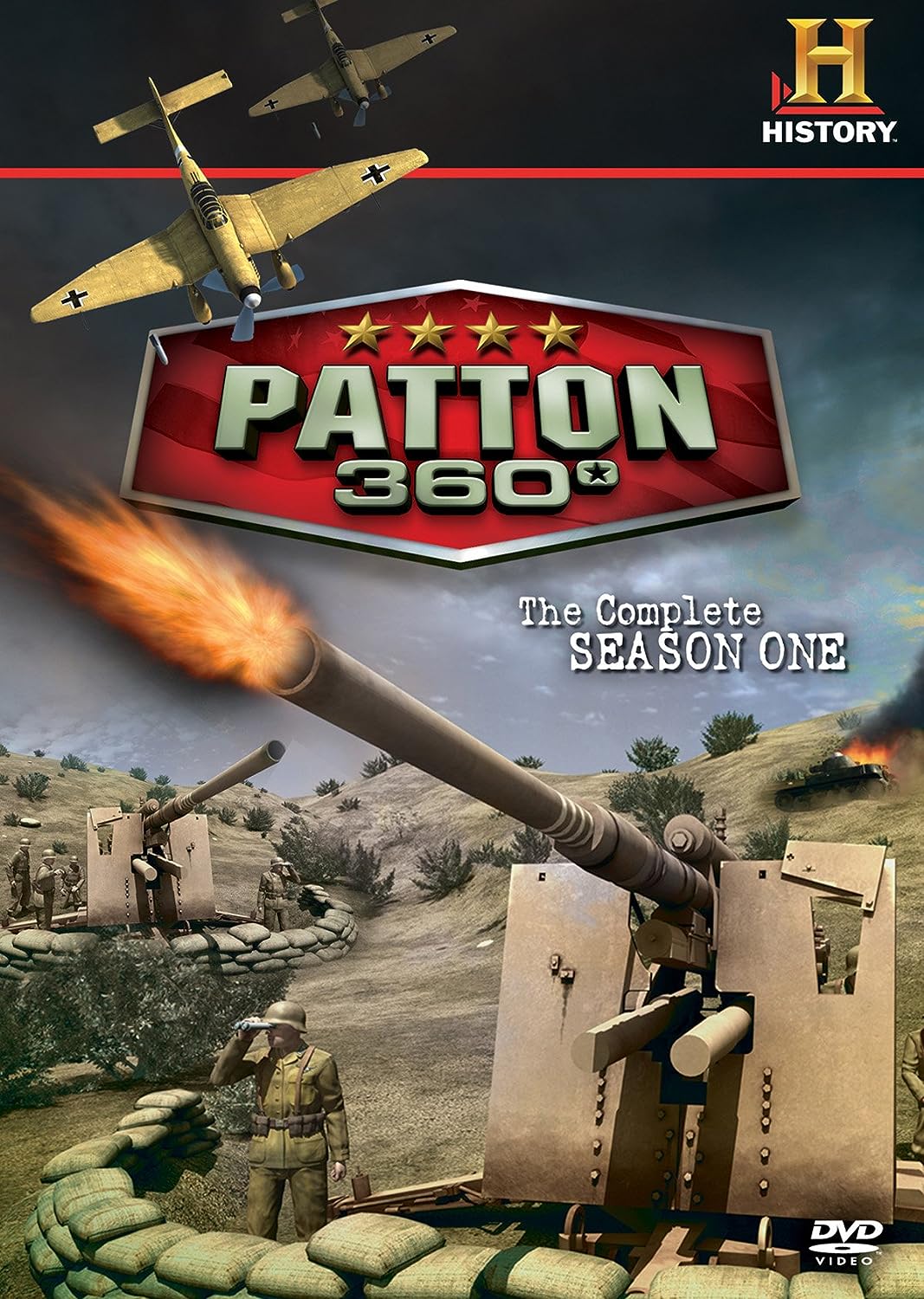 It was a war and a series of military campaigns like no other. Now HISTORY puts you in the action with Gen. George S. Patton, Jr. as he leads his heroic soldiers in North Africa, in the invasion of Sicily, and in the charge across Europe to defeat Hitler s Third Reich.

Following on the success of Battle 360, PATTON 360 uses cutting-edge computer graphic animation and the latest technology to bring viewers a 360-degree view of World War II. Patton, a complicated, colorful, and ferociously determined officer known as Old Blood and Guts, springs to life with the aid of archival footage, personal diary quotes, and commentary from historians and veterans. With insight into the forces he commanded and battles he led, you ll be there for all the drama, from lightning-fast armored assaults to the Battle of the Bulge and the final battles inside Germany after crossing the Rhine. Grab a helmet and prepare for action!

One of World War II's greatest and most controversial leaders is the focus of "i"Patton 360, a three-disc, 10-episode offering from the History Channel. General George S. Patton, "Ol' Blood and Guts" to admirers and detractors alike, had already served in World War I when, at age 57, he was put in command of Operation Torch, the 1943 Allied campaign to seize North Africa from the pro-Nazi French forces who were occupying the area at the time. That's where Patton 360 begins; subsequent episodes chronicle his incursions into Sicily, Belgium, France (where his Third Army landed just weeks after D-day, and Operation Cobra, described as "the largest carpet bombing mission in military history," helped lead the way to victory in Europe), and finally Germany; it was there, some months after the war ended, that Patton died in a car crash.

Scion of a wealthy Pasadena, California, family, Patton was a brilliant military man--his toughness, discipline (he insisted that his men shave every day and observe strict uniform requirements), and willingness to "lead from the front" were unquestioned. But as the series tells it, he was also a foulmouthed hothead accused of having a "lust for glory" that led to accusations that he put his own reputation before the safety of his soldiers. The fourth episode, "Rogue General," details the infamous incidents (also familiar to fans of the 1970 film Patton, which earned lead actor George C. Scott an Oscar®) in which he slapped two GIs in Sicily, accusing the war-weary men, one of whom also had malaria, of cowardice and forcing Allied leader Dwight D. Eisenhower to temporarily relieve Patton of his command.

All of this is presented by way of the same ingredients used in the earlier Battle 360 series, combining file footage (including silent clips of Patton himself), photos, CGI, occasional reenactments, expert analysis, and reminiscences of several men who fought under Patton. There is plenty of edifying history delivered, as well as detailed descriptions of strategy, tactics, and weaponry, especially tanks and artillery. But the episodes are also loud and kinetic to distraction, with a constant and relentless background of pounding music and sound effects, flashing graphics, and macho voice-over narration. This may prove wearisome to some viewers, but Patton 360 is entertainment, not scholarship, and as such it is undeniably effective. --Sam Graham

Bog’Art is an integrated building company based in Bucharest and is one of the largest general contractors in Romania. The company is a family business established in 1991 and has become a market leader in civil construction.

We are most reputable for landmark projects requiring complex and innovative technical solutions. Our hands-on management and highly qualified staff promote a client-oriented culture that aims to optimize processes. We achieve quality performance and timely completion of our projects through our full range of building services.

Our continuous growth is sustained by always implementing cutting-edge technology and delivering the highest quality services as a general contractor. This has allowed us to secure some of the largest projects across the Romanian market.

Read more about it at Mediafax.

You can find out more about which cookies we are using or switch them off in settings.

This website uses cookies so that we can provide you with the best user experience possible. Cookie information is stored in your browser and performs functions such as recognising you when you return to our website and helping our team to understand which sections of the website you find most interesting and useful.

Strictly Necessary Cookie should be enabled at all times so that we can save your preferences for cookie settings.

If you disable this cookie, we will not be able to save your preferences. This means that every time you visit this website you will need to enable or disable cookies again.

This website uses Google Analytics to collect anonymous information such as the number of visitors to the site, and the most popular pages.

Please enable Strictly Necessary Cookies first so that we can save your preferences!