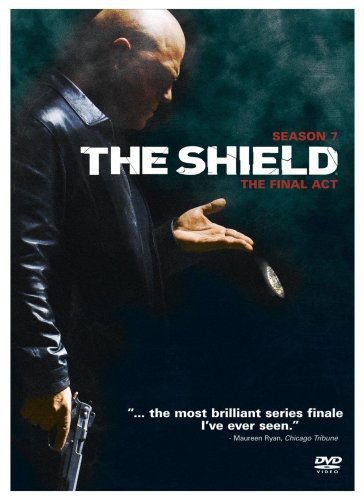 Now, after seven edge-of-your-seat seasons, you can finally see how this award-winning FX drama turns out. Shane resorts to kidnapping in his dangerous dance with the Armenian mob, Dutch risks everything by becoming personally involved in a homicide investigation, the Strike Team mobilizes to free a drug lordâs daughter â but it all comes down to Detective Vic Mackey confronting his greatest adversary: himself. Pressured to take down Pezuela, Vic negotiates an immunity deal with ICE to vanquish Beltran at last, and the skeletons come tumbling out of the closet. Will Vic pay for his sins in the end? The answer lies in the ultimate betrayals, climactic action and devastating series finale.

For six seasons, viewers have watched self-proclaimed "different kind of cop" Victor Samuel Mackey get away with murder, corruption, and other sick and twisted crimes too numerous to mention. In the series' penultimate episode, "Possible Kill Screen," Mackey summons from the depths of his tortured soul all of his crimes and abuses as part of an immunity deal he has cut for himself with the Feds at the expense of his unwitting partner, Ronnie (David Rees Snell). Referring to his interrogator's recorder, he asks, "How much memory does that thing got?" How do you solve a problem like Vic? Do you kill him off? Send him to prison? What would be just comeuppance for a character, who, through it all, has somehow compelled our rooting interest? "You have to pay some kind of price," his ex-wife Corrine (Cathy Cahlin Ryan) wails. Suffice to say, without spoilers, that in this Emmy-worthy final season, Vic will be held accountable in a way that does his character (and the audience's investment in him) justice and leaves this groundbreaking series' proud legacy untarnished. It is an understatement when one character notes, "There is a lot of [stuff] going down at the Barn right now." To cover their tracks from the Armenian money train robbery, Vic and his guys orchestrate a gang war that quickly spins out of control. Shane (Walton Goggins), estranged from the Team, is forced to go on the run with his pregnant wife and young son. Corrine agrees to help Dutch (Jay Karnes) and Claudette (CCH Pounder) bring Vic down. As the Strike Team sinks further in the hole they've dug for themselves, viewers can take some comic relief in Det. Steve Billings' (David Marciano) pathetic attempts to defraud the city in the wake of his "injury," and solace in the solid police work of Dutch, Claudette, Danni (Catherine Dent), and Tina (Paula Garces), who is approaching the anniversary of her first year on the force. Stand-alone cases (a missing student whose mother won't cooperate with the investigation) and personal dramas (Claudette's failing health) further enrich each gripping episode, leading to an immensely satisfying series finale that fires on all cylinders. This four-disc set includes a wealth of extras, including convivial episode commentaries, deleted scenes, a genuinely moving featurette that goes behind-the-scenes of the series finale, in which Chiklis pays heartfelt tributes to the ensemble, and a season retrospective that fittingly, gives Chiklis the last word: "We know what we have. We have one of the great television series of all time on our hands." The Shield, we salute you. --Donald Liebenson

PastTenses is a database of English verbs. One can check verbs forms in different tenses. Use our search box to check present tense, present participle tense, past tense and past participle tense of desired verb.